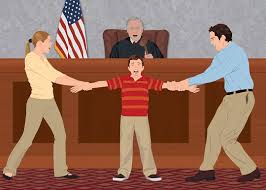 When people are getting divorced or dealing with child custody issues there is often the question of:  JOINT CUSTODY OR SOLE CUSTODY??? For years in the State of Missouri, the label just didn’t matter. A man would get his kids every other weekend from Friday night to Sunday night and we would still check the box for Joint Physical Custody. And the judge signed off on it, no problem.  Obviously when someone got their kids 50% of the time it was called joint custody too.  In the rare situation where a parent got “Sole Physical Custody”, the other parent likely felt some shame, since all the parents they knew were sharing “joint custody” of their children. Well, this has recently all changed in Missouri.  Thanks to a recent Missouri Court of Appeals decision, we have somewhat of a bright line as to what is joint custody and what is sole custody. Missouri child custody law was recently rewritten to state that it is preferable for parents to have substantially equal parenting time with children.

This is not to say that it must be 50/50, but probably as close as possible. Until about 10 years ago, the standard schedule for a “non-custodial parent” was to have the kids every other weekend and one evening during the week. This is obviously no longer the norm, nor is that considered joint custody. The labels joint or sole custody are now determined almost entirely by how the parenting time is divided between the parents, and a court will have to use the proper label in its Judgment. While this label may not affect child support (that too is more affected by the number of nights a child is with each parent), it could affect you as a parent in a future modification of your custody judgment. So you will want to speak with your attorney about whether you are getting joint or sole custody. In the event that you are seeking a modification, the court may actually re-classify your custody based on the actual schedule and this may affect your ability to modify your judgment. For any questions about child custody, please contact Barbara Graham at 314-725-7600 or email at [email protected] Check out our website at The Law Office of Barbara L Graham